Okay, I haven't finished the E-100 yet, but I'll get around to it one day.  In the meantime I've reached for this Trumpeter kit as I can't resist the temptation of another 'paper panzer.' 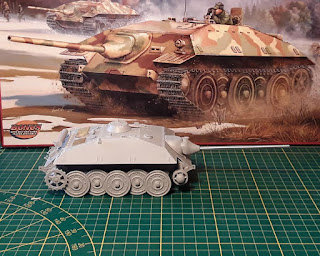 Had this machine ever made if off of the blueprints to become a reality what a beast it would have been.....I mean, just look at that gun! 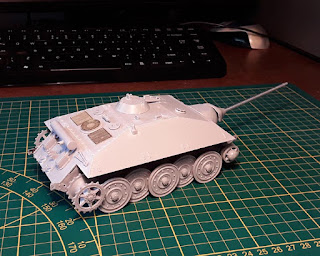 I can't remember if the kit came with the metal gun barrel or if I ordered it separately, but the kit did supply photo-etched engine grilles and front/rear fenders (if you prefer plastic they also supply those too).  The photo etch fenders are made from quite stiff metal, but I appreciate they were included and even without special tools they are easy to fashion into shape. 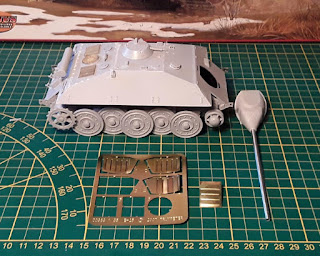 I can't wait to get to the painting stages of this build although I haven't quite decided what colours or scheme to go with - being a 'paper panzer'  means I am free to use artistic license albeit with a little restraint bearing in mind the paints actually available in 1945.

Since my last post in 2017 I haven't done too much modelling, however, the good news is that with a renewed enthusiasm I'm now back at the bench, so to speak.

So, I've always really liked the look of the T-34/76 with the external square fuel tanks and the turret storage box sometimes added when Germans captured them. With this in mind, I dug into the stash and pulled out this wonderful Academy kit.

Inside the box the modeler has plenty of options such as a choice of road wheel types, various turret configurations, two fuel tank types (side or rear - you could also use none at all), and both link-and-length type tracks and rubber band versions. 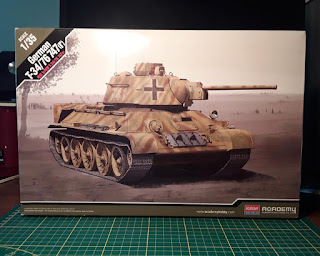 I don't have photos of the early part of the build but in the photo below you can see where I am thus far.  I'm currently in the process of sanding out the injector pin marks (two on each track link), but it's not a difficult task by an means although not too exciting either - I just watch videos on YouTube while doing laborious tasks like this ;) 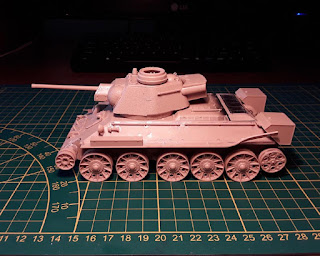 Oh, as a side note I recently bought a rotary tool and broke it out for this build.  I saw it at a local super market for 20 euros and couldn't resist.  It seems to work just fine for the price, although in the future I have a feeling a Dremel might still be needed.....still, we'll give this one a fair chance and see and see how she goes.  In the past I have kind of liked the simplicity of doing everything by hand and without the help power tools - I feel more in control of what I am cutting, sanding, etc when using my hands and maybe still do, but perhaps that's just my inexperience with this rather eager tool! There seem to be more jobs I can do with it, and it certainly will cut down sanding times. 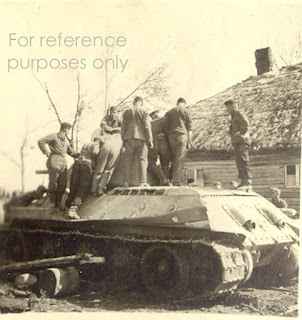 In the photo above you can see my inspiration for adding the damage to the side fenders; I used my new tool to cut this and after warmed the plastic and bent my model's fender to shape.  I added the rear fuel box after and then realized there would be some damage to that too - I'll look into this oversight later. 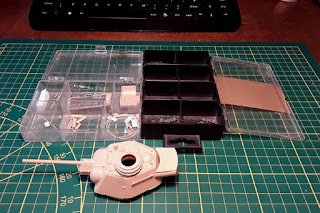 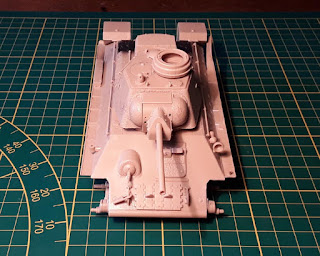 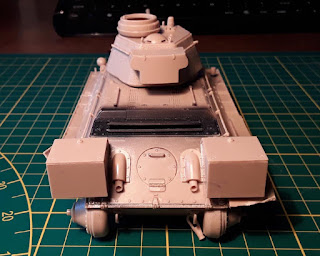 The last kit I worked on having been the E-100, I was surprised how small a T-34 turret actually is.  The Academy kit has some surface texture already added so I've just built it straight from the box with no modifications.

Due to moving house, long hours working with my business, and starting to learn Japanese, modeling has taken a back seat in daily life, however, when I do get a few minutes spare, I put in some work on my E-100 super heavy tank! 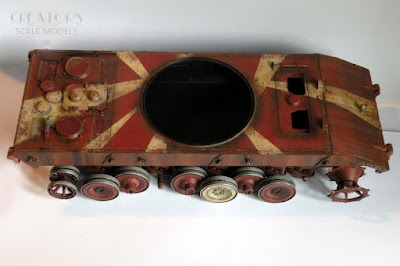 Above: here is a good view of the hull.  Late-war machines would not likely have had camo on the upper surfaces due to paint shortages, however, there is some thinking behind my decision, and that is  -  if I decided to leave all or some of the side skirts off at the end of the build, I would need some colour to break up all that 'red oxide'. 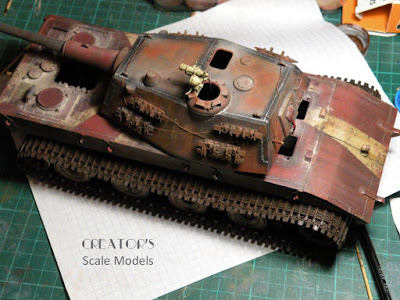 Above: I am getting very close to completion.  In this photo you can see I have added some wire to the spare track links on the turret. Also, you can see the hull has been considerably 'knocked back' in colour due to the dust and grime accumulated during fighting in the city (on the news, have you seen T-72s fighting in middle eastern cities? They are very weathered and super battered!). In this photo I have done no work on the tracks as yet. 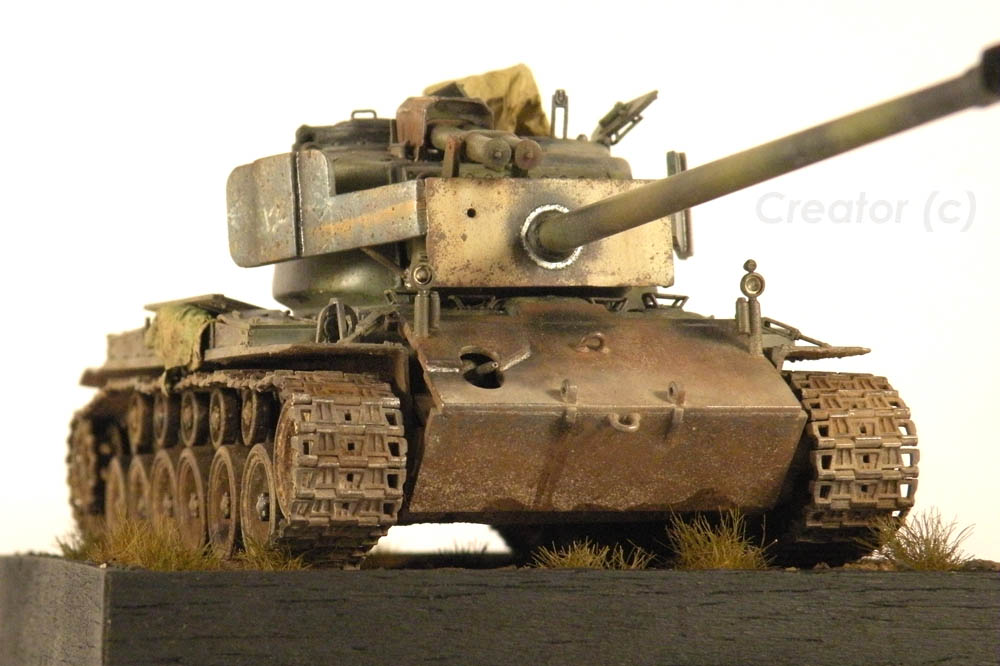 At long last I have finally completed my Pershing!  As only one of these Super Pershings saw combat at the tail of WWII, my model represent... 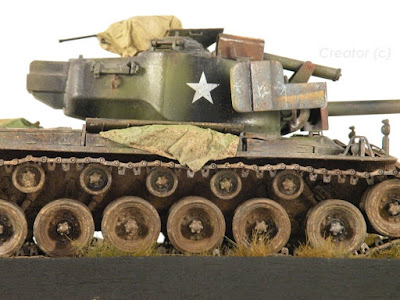 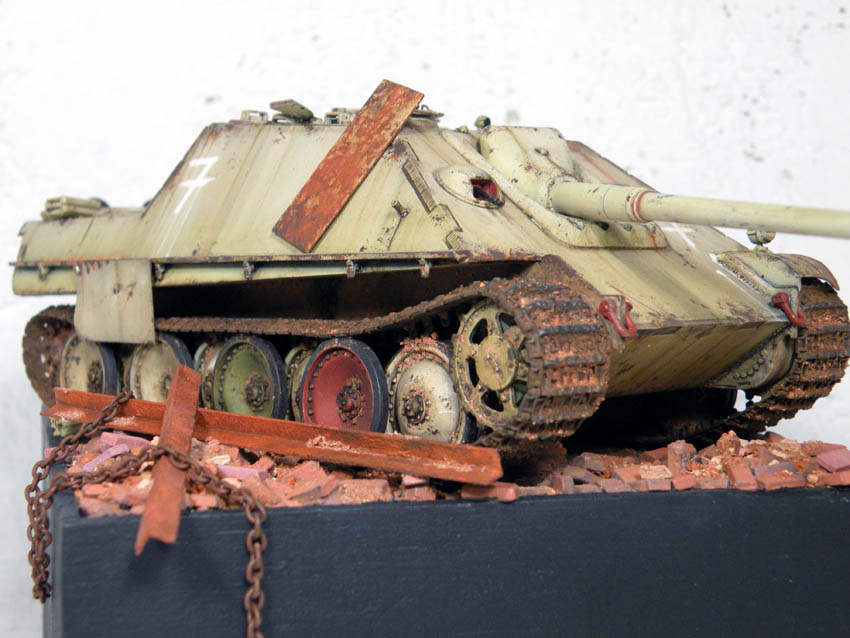 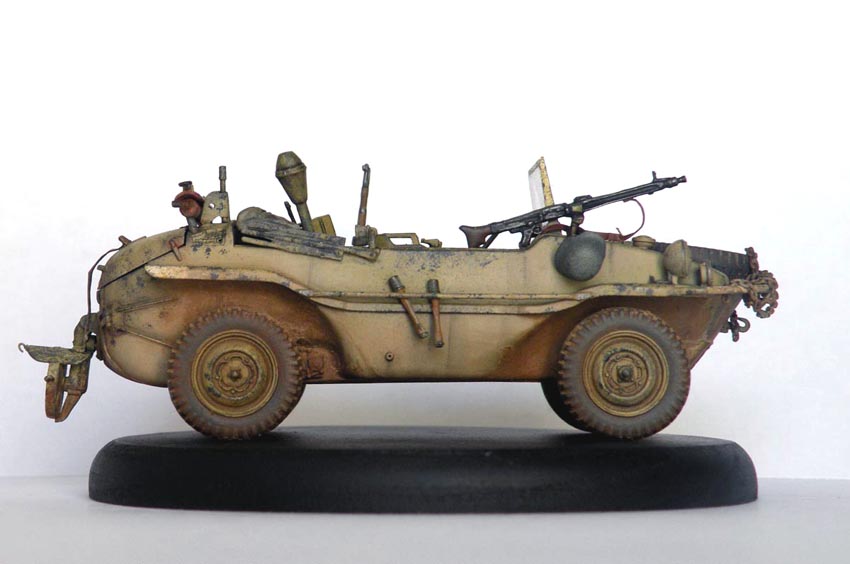 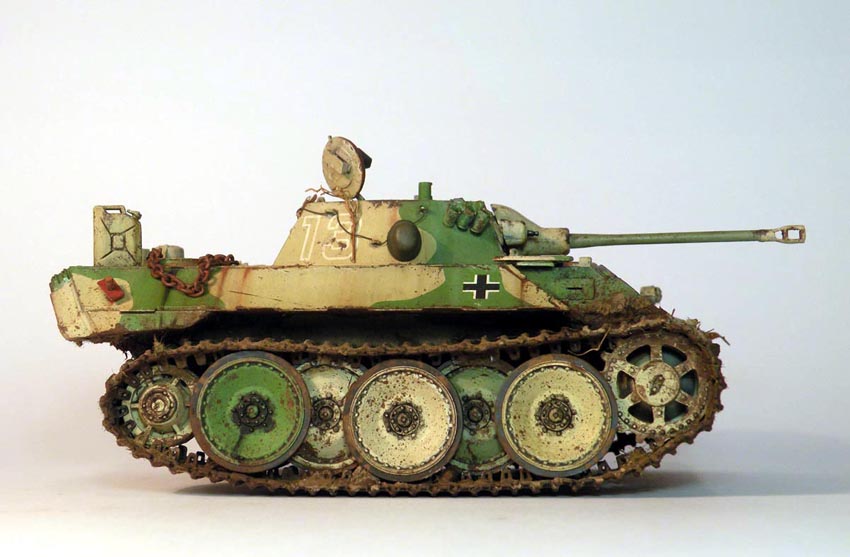 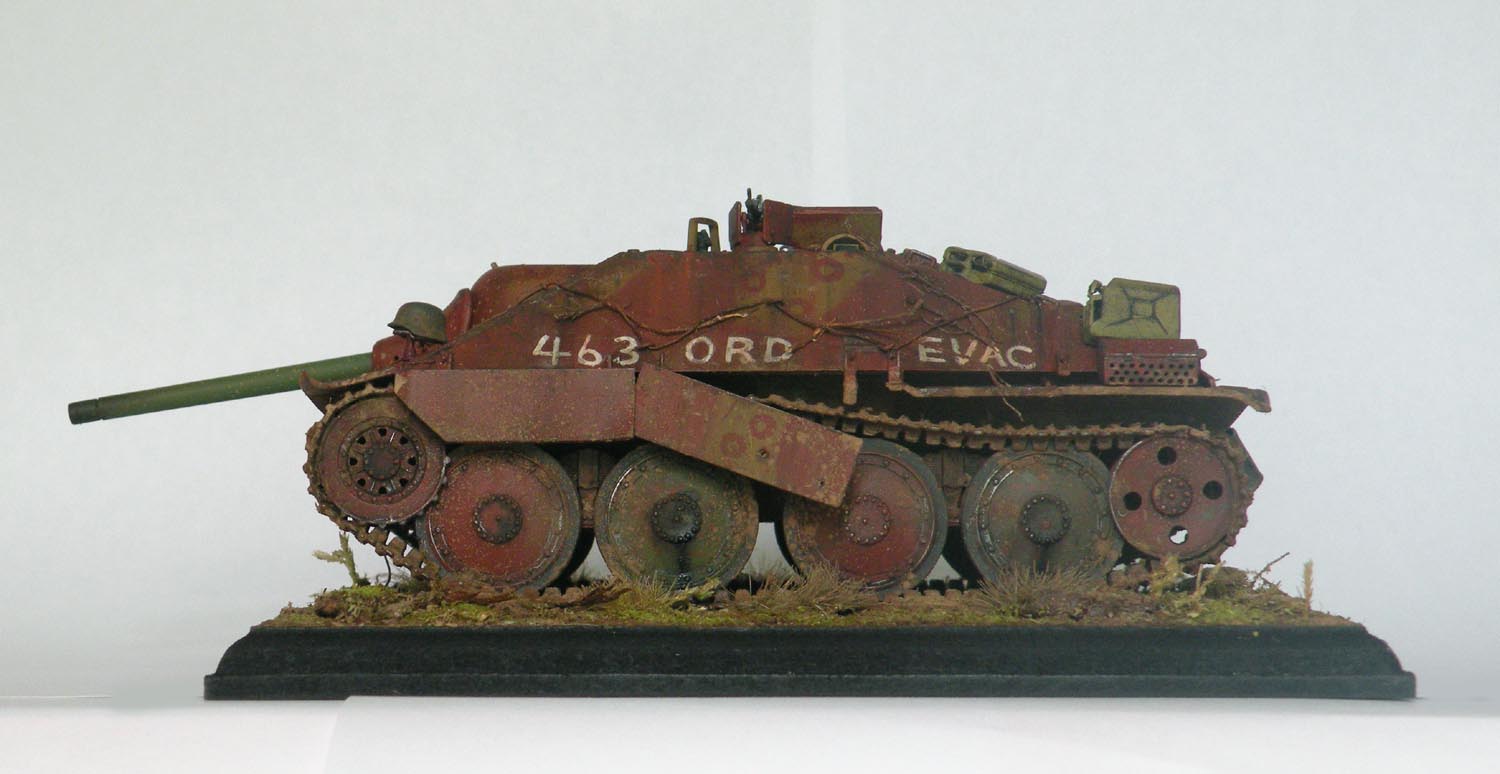 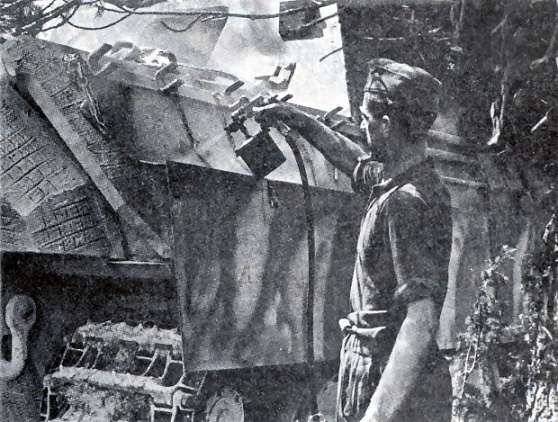